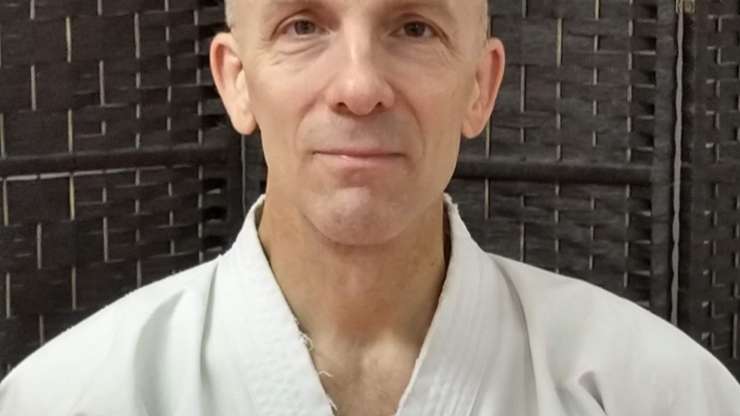 Michael Lapreziosa holds a teacher’s certificate and a 4th degree Black Belt (Yon dan) in the American Self Defense Karate Association and Shuto Karate Club. He began training with Shuto Karate Club under Master Robert Trotta in July 2009. In July 2017, Master Trotta’s club moved from Hatfield to its present location in Sellersville, and in April 2018, Mr. Lapreziosa assumed ownership of the Sellersville club. (Mr. Trotta has since retired from teaching karate.) 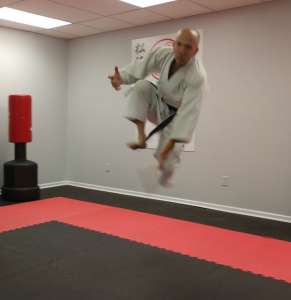 Mr. Lapreziosa appreciates the value of karate as a subject of lifelong study, and indeed as a “way of life,” to use the words of Gichin Funakoshi. He strongly believes in karate’s value as a means to increase one’s mental focus, self-confidence and courage, develop one’s physical capabilities and resilience, and to keep one youthful at any age. He enjoys exploring the practical applications behind the Japanese forms and techniques that are modifications of the older Okinawan versions.  He treasures each of his students as individuals with unique viewpoints, abilities, potential, and training needs.

Mr. Lapreziosa practiced Shotokan karate in Philadelphia from the mid-1980s to early 1990s at Master Okazaki’s ISKF headquarters dojo in West Philadelphia, and then with Masters John McClary and John Daniel at Shu-Ha-Ri Institute in Germantown.

During the 1990s, he trained for three years in Japan in both the Wado-Ryu and Shotokan styles, eventually achieving the rank of 2nd degree Black Belt in the Shotokan style in the All-Japan Karate Federation (Zen Nihon Karate-do Renmei).

During the late 1990s, he practiced aikido in the ASU (Aikido Schools of Ueshiba) for three years under Sensei David Goldberg, attaining the rank of brown belt. After a 10-year hiatus, he returned to karate in 2009 when he began studying under Master Trotta.

Mr. Lapreziosa has visited Japan many times and is intimately acquainted with its culture. His familiarity with the Japanese language and mentality enhances his ability to convey the principles and techniques of karate to his students.