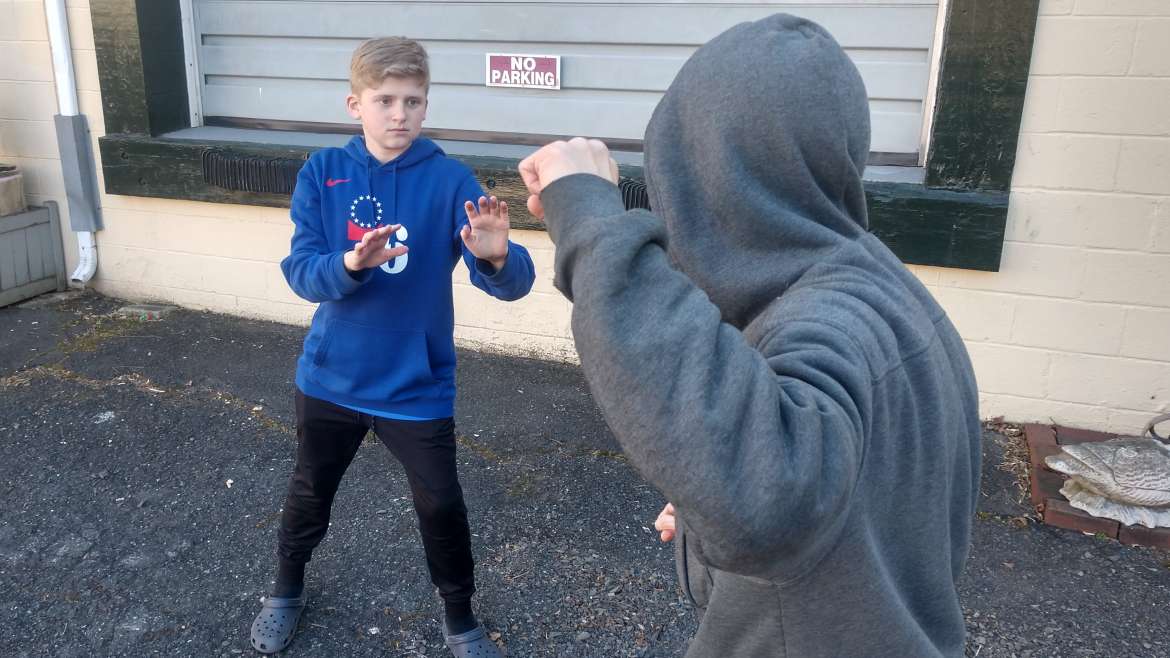 This is the second post in the series on legal aspects of self-defense.  We will cover the five elements of a physical encounter that must be demonstrated to the criminal justice system in order to make a successful claim of “self defense.” I am basing these on the highly informative book “The Law of Self Defense” by Andrew Branca, whose bio calls him “an attorney and internationally recognized expert on self-defense law.”

Branca’s book is subtitled “The indispensable guide for the armed citizen.” However, I will relate this to the use of “lethal force” that we practice, because as far as I know, the laws don’t single out firearms or any other weapon; they merely specify “lethal force,” which as legally defined can involve the use of bare hands. (“Lethal force” refers to actions that can cause death or serious bodily injury, which certainly applies to karate techniques.)

I am in no way going to render legal advice or analysis. Rather, I will merely use these five elements as a framework for guiding our club’s approach to practicing self-protection. We are trying to train ourselves, via both knowledge and the ways in which we practice, so as to minimize our chance of being “in the wrong” if we ever have to use physical force to protect ourselves or others.

The first element is “Innocence.” This does not refer to being found “not guilty” in a trial, but rather that you did not instigate or escalate the conflict. To make any justifiable claim of self-defense, you have to show that you were not the aggressor in the situation.

One of the issues Branca raises repeatedly in the book is that you have to not only be in the right, but you have to be able to demonstrate that you were, whether to police, magistrate, judge, or jury. So in any potential violent encounter, you need to take obvious measures, when possible, to indicate – to yourself, the other person(s), and any witnesses present, that you wanted to avoid a physical confrontation. The people who decide on your guilt or non-guilt will not have been present at the event.

This is why we emphasize words, spoken loudly, and the use of “The Fence” with our hands to show to the other party and to witnesses that we mean no harm. The Fence uses open hands rather than fists, for obvious reasons. This is universally recognized as a signal that we want to keep distance between ourselves and those at whom the Fence is “aimed” – it’s seen as defensive rather than offensive. And when the Fence is held low, at the chudan level, rather than toward someone’s face, it is seen as less aggressive than hands toward the face. 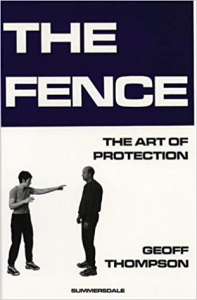 Pennsylvania law (Title 18, Part 1, Chapter 5, in Section 505) says, “The use of deadly force is not justifiable under this section…if the actor, with the intent of causing death or serious bodily injury, provoked the use of force against himself in the same encounter…” And case law has shown that even a small overt physical act, when it is accompanied by aggressive words, can qualify as a provocation – even if you are not the first to use physical force.

If no provocative words are used, the person who first resorts to physical force is generally considered the aggressor. This doesn’t mean you have to wait to get attacked. If you reasonably believe that violence against you is imminent, you may be legally justified in beating someone to the punch, so to speak, or even striking out first, when you’re certain you’re about to be attacked. (This is what the Japanese martial arts call a tactic of sen no sen or sen sen no sen, respectively.)

You should never rekindle a physical conflict that has stopped with no indication from the aggressive party that it will resume. You should also never escalate a non-deadly encounter to a deadly one.

If you communicate clearly with both your body language and your voice that you want to avoid violence, you’ll be on much safer legal ground.

And of course, mutual combat (i.e., getting into a fight) can result in legal jeopardy for both parties. This is why combative sports are far preferable to brawling, for those with a need to test their mettle.

This entire element of legitimate self-defense can be summed up by the fifth precept in our dojo kun, which is “Refrain from violent behavior.” Trotta Shihan used to rephrase this in a way easier for children to understand: “Never strike out in anger.” I would add, never even verbally lash out in anger, if there’s any chance it could escalate beyond words. I might go a bit further and say, “Never lash out in anger, period,” but we are all human, after all – and anyway that’s beyond the scope of this blog.

The next post in this series will deal with Branca’s second element, which is “Imminence.”