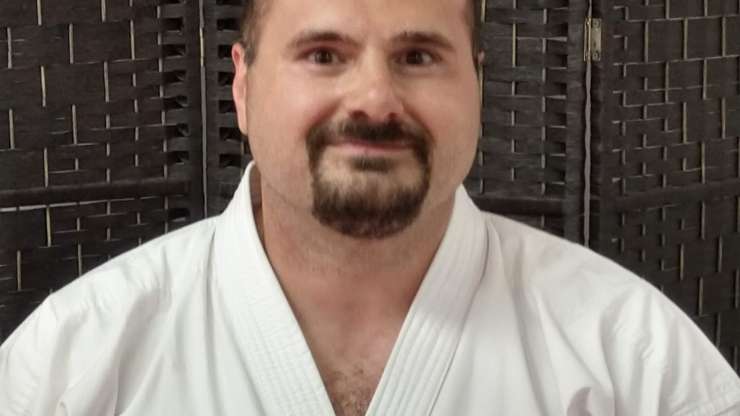 Mr. Delguidice began his training in Shotokan karate at the age of 8 in Brooklyn, NY. He obtained the rank of Shodan (1st degree Black Belt) as a teenager. Unfortunately, as too often happens, college, graduate school, and life became hectic, causing a twenty-year gap in his training. Lou then found Shuto Karate Club and returned to karate training in 2017. He really enjoys the practical approach that Shuto takes to kata application, and, rather than conformity to a set style, the use of Shotokan as a vehicle to explore all aspects of karate. The American Self Defense Karate Association promoted Lou to the rank of 2nd degree (Nidan) Black Belt and granted him instructor status of “Fuku-Shidoin” in 2018. He has since been promoted to 3rd degree (Sandan) in March 2021.