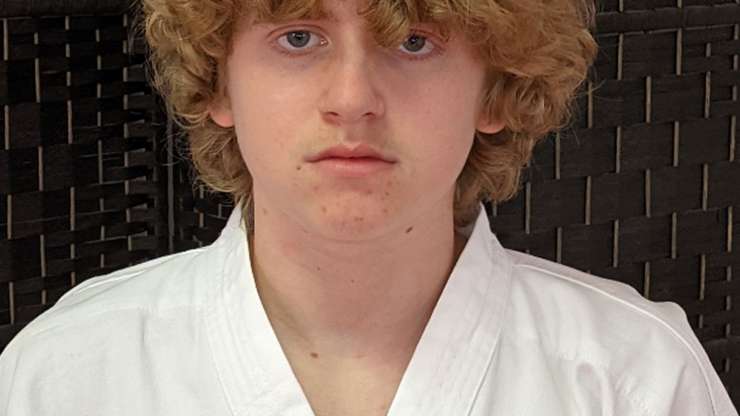 Josh attended a one-week summer camp in 2011 and found an affinity for Shotokan karate and Shuto Karate Club. He joined the club the following year, then under the instruction of Trotta Shihan, and began his karate “career”. Over the next 4 1/2 years, he was promoted through all the kyu ranks and successfully tested for his Junior Black Belt in the Fall of 2016 at 11 years old. He continued training and was promoted to 2nd Junior Black Belt in March of 2018 at 13 years old and began teaching classes as a Sempai (helper). Now at 16 years old, as a Jun Shidoin (assistant instructor), he is actively training and preparing for his Sho Dan rank (1st degree adult Black Belt) in the near future.