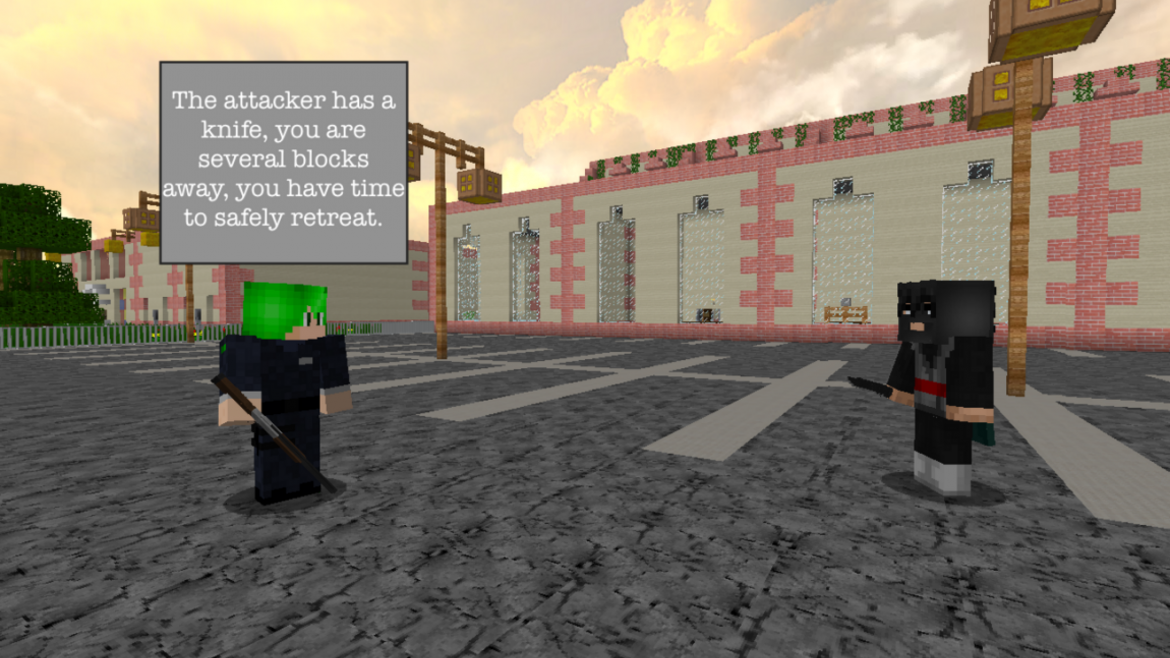 This is the 6th post in the series covering the legal elements required for a successful plea of self-defense. Today we will look at the fourth of the five elements, as described in Andrew F. Branca’s book “The Law of Self Defense.”

We have already looked at Innocence, Imminence, and Proportionality. We have learned that a legally justifiable self-defense requires that (1) you must not have been the aggressor, (2) the danger to you must have been immediate, and (3) the actions you took must have been proportional to the degree of danger you faced. Today we will look at Avoidance. The final element, which we will look at in the next post, is Reasonableness.

The purpose of these posts is not to give legal advice or to present all of the aspects of legal proceedings that would occur after a violent self-defense has taken place. That would require a much more complex discussion than is presented here. Rather, it’s to introduce the martial artist to the statutory framework and boundaries for taking forceful physical action in response to a threat. By learning under what types of circumstances we would not be permitted to use deadly force, we can imagine scenarios in which we would be permitted to use such force. And thus we can prepare for each type, both physically (through our practice) and mentally.

First, it should go without saying that when threatened with possible deadly force, the prudent martial artist (or anyone) should retreat if there is a safe means to do so. Pennsylvania law forbids the use of lethal force, in general, when retreat is possible: “The use of deadly force is not justifiable…if the actor knows that he can avoid the necessity of using such force with complete safety by retreating, except the actor is not obliged to retreat from his dwelling or place of work…” The phrase “the actor” refers to the good guy. The quote is from PA Title 18, Part 1, Chapter 5, section 505, paragraph (b)(2)(ii). Section 505 is the relevant portion for this discussion; it’s called “Use of force in self-protection.”

That last part, the exception about not being obliged to retreat from your home or place of work, is Pennsylvania’s version of “Castle doctrine.” Your home or your workplace is your castle in the legal realm of defending yourself and you may use lethal force there, providing that the situation meets all of the other four elements discussed in this series.

So in general you are obliged to retreat if you can do so safely, before using lethal force. If your only avenue of retreat was across a busy highway, then that would not constitute a safe retreat and you would not be legally obliged to try it. Furthermore, if you were protecting someone else, say an elderly person, and retreat for them was not possible, then you would not have a legal duty to abandon them by fleeing.

Why did I say “in general” above? Because Pennsylvania is what’s known as a “Stand Your Ground” state, which leaves an exception to the “duty to retreat.” PA law states that a person who is not engaged in criminal activity, is not in illegal possession of a firearm, has the right to be in the place where he is attacked, and believes himself in imminent danger of death or serious bodily harm, “has no duty to retreat and has the right to stand his ground and use force, including deadly force,” if the threatening person displays or uses a firearm or “any other weapon readily or apparently capable of lethal use.” (Paragraph (b)(2.3) in section 505 as referenced above.)

I admit that even this simplified explanation of the avoidance aspects (“duty to retreat”) of state law may be difficult for the layperson to understand. (It has been for me.) However, I can summarize it for the purposes of training and preparing ourselves mentally via image training or establishing our own individual “policy.”

If faced with a threat of physical force, always retreat using verbal statements and posture that are as non-provocative as possible, when you can do so in a manner that is safe both for yourself and anyone you are protecting. This also holds if the person displays a weapon capable of inflicting deadly force — again, if you can get away safely. However, the presence of a weapon, depending on what type and your distance to the bad guy wielding it, may render a retreat too unsafe or completely impracticable for you. If that’s the case, it’s time to find or create an opening and strike first.

Next in the series (7 of 8): Reasonableness