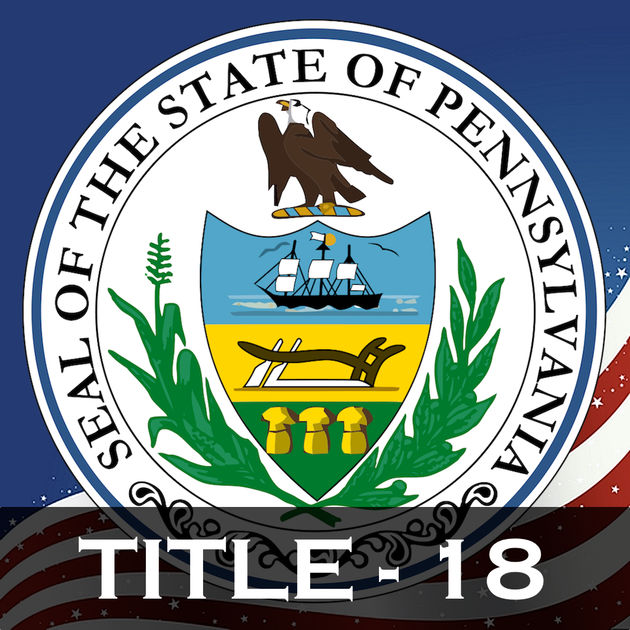 This is the fourth in a series covering legal aspects of self-protection, or what is typically called “Self Defense Law.” We’ve covered the first two of five elements of a successful legal claim of “self-defense” from Andrew Branca’s book “The Law of Self Defense.” Those elements were Innocence and Imminence. Today we’ll take a break from that series to have a quick look at Pennsylvania’s law. After this, we’ll resume with Branca’s third element, Proportionality.

It is strongly recommended that anyone who possesses the means to use deadly force familiarize him or herself with the relevant law in their state. This applies to those who have been trained to use such force with their bodies as well as those who carry weapons. This post will quote only excerpts from PA law. I strongly recommend that Pennsylvania martial artists follow the link below and read the whole statute – it’s not that long.

In Pennsylvania, the relevant statutory law is described in Title 18, “Crimes and Offenses,” Chapter 5, “General Principles of Justification.” (https://www.legis.state.pa.us/cfdocs/legis/LI/consCheck.cfm?txtType=HTM&ttl=18&div=0&chpt=5)

Section 505 of that chapter is called “Use of force in self-protection” and begins this way in regard to defending oneself:

The use of force upon or toward another person is justifiable when the actor believes that such force is immediately necessary for the purpose of protecting himself against the use of unlawful force by such other person on the present occasion.

As for using deadly (lethal) force, paragraph (b)(2) begins as follows:

The use of deadly force is not justifiable under this section unless the actor believes that such force is necessary to protect himself against death, serious bodily injury, kidnapping or sexual intercourse compelled by force or threat…

Section 506 deals with protecting other person(s) and basically says that if the conditions are such that the other person would be legally justified in using force to protect him or herself, and that if you were subject to those same conditions you would be justified, and you believe your intervention is necessary, then you are justified to use force on their behalf.

How does Pennsylvania define “deadly force?” It’s this: “Force which, under the circumstances in which it is used, is readily capable of causing death or serious bodily injury.” And what does Pennsylvania mean by “serious bodily injury?” Chapter 23 of Title 18 says that it is “Bodily injury which creates a substantial risk of death or which causes serious, permanent disfigurement, or protracted loss or impairment of the function of any bodily member or organ.”

Does Shotokan karate teach deadly force? Well, think how many of our kata contain a jodan level elbow strike into the opposite hand. In a real strike, depending on where the elbow lands and whether that hand is bracing the opposite side of the head or smacking against it simultaneous to the elbow hit, this could cause a collapse of the facial bones, concussion, or sudden loss of consciousness. What about an age uke, found in many of the kata, or stepping nukite found in the 2nd and 3rd Heians? This former is called a “rising block,” but we practice it as a rising strike. Nukite is a spearhand strike. If either of these are modified slightly from the way they are performed in the kata, they can function as strikes to the throat.

So yes, there are these and many other nasty techniques in the kata – lots of “neck cranks,” for example. Of course, they have to be landed or performed accurately and powerfully, and in the speed, chaos and adrenaline of a fight, that would be difficult to do. The point is, we do practice them over and over, and they have the potential to cause death or serious bodily injury. So we have to consider our martial art to be a deadly serious pursuit.

Incidentally, you may have heard that Pennsylvania is a “stand your ground” state, and this is true. While it says that “an actor” may not use lethal force if he “knows that he can avoid the necessity of using such force with complete safety by retreating,” it qualifies this later by saying that a person who is not engaged in criminal activity “has no duty to retreat and has the right to stand his ground and use force, including deadly force,” if he has the right to be in the place where he was attacked, he is protecting against the threat of death, serious injury, kidnapping or rape, AND the attacker displays a weapon capable of lethal use.

I don’t know how exactly how to reconcile those two requirements, nor do I know how “stand your ground” has actually fared in PA case law. Suffice it to say that as martial artists, our practice should instill the habit of retreating 100% of the time unless this is impossible or doing so would leave a loved one vulnerable to physical harm.

We’ll pick up with Branca’s book in the next post and take a look at “Proportionality.”

Next in the series (5 of 8): Proportionality